I just spent an hour watching the pilot episode of Close to Home on CBS, and I’ve gotta say “wow!”

The CBS website is sadly lacking in any detail about the show, and future episodes, which is sort of sad, but, the show totally rocks. It’s a crime drama about a new-mom/lawyer and how she deals with the cases that she’s given while also balancing her new-mom status with her profession… which totally appeals to me. 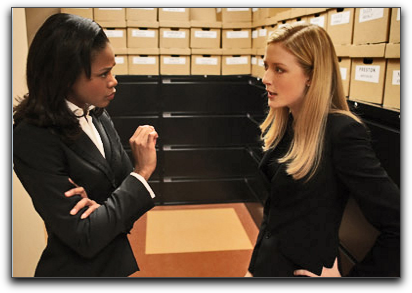 CLOSE TO HOME is a legal drama that tears away the facade of suburbia to reveal that sometimes quiet and tranquil streets can hide the darkest of crimes. Annabeth Chase (Jennifer Finnigan) is a young, aggressive prosecutor with a perfect conviction record who tries the cases that come out of her own neighborhood. Returning to work after having her first child, Annabeth is ready to take on the most difficult cases, fueled by her passion to protect her community and her family. Challenging Annabeth’s legal strategies is her new boss, Maureen Scofield (Kimberly Elise), a no-nonsense lawyer not afraid to push her hard. Leading the team is Steve Sharpe (John Carroll Lynch), who is one of Annabeth’s biggest supporters but is concerned about how her cases will play in the media. Annabeth’s husband, Jack (Christian Kane), is devoted to their family and is a rock for her to lean on when the challenges of her job start to infringe on their home life.

If you enjoy legal dramas, ie. CSI, Cold Case, etc…, and have a new baby in the family, or are expecting one, I’d totally recommend you watch the next episode… I’m programming our DVR to record the series right now. Too bad it has to compete with Boston Legal for viewers… I’d really like to see it succeed in the future.

It definitely hits “close to home” for this family.