Two more movies for you folks.

The first is a movie of Jack and Grayson, generally playing in Jack’s room… Daddy makes an appearance or two as well: 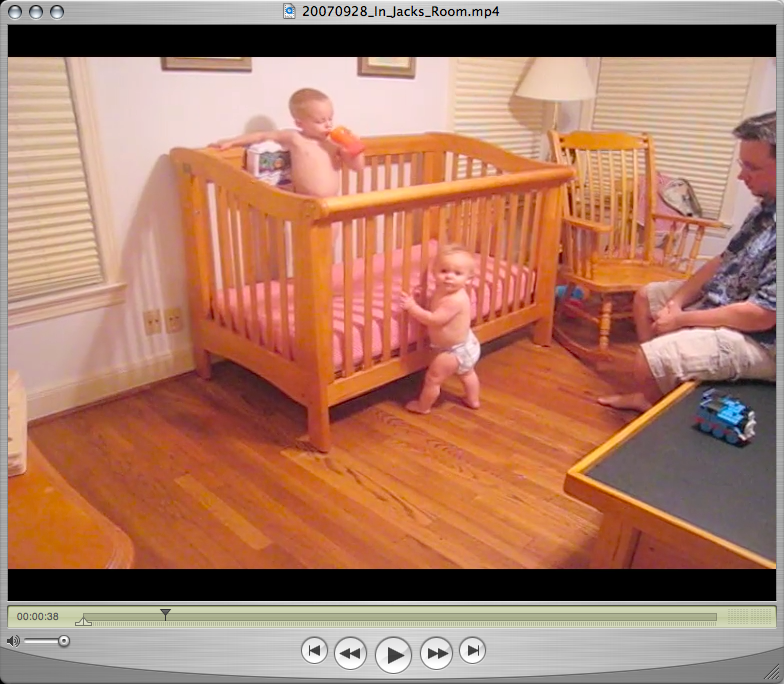 The second is a few segments of Jack and Grayson playing with cars, and then playing with their push carts (which Jack calls his “cars” too): 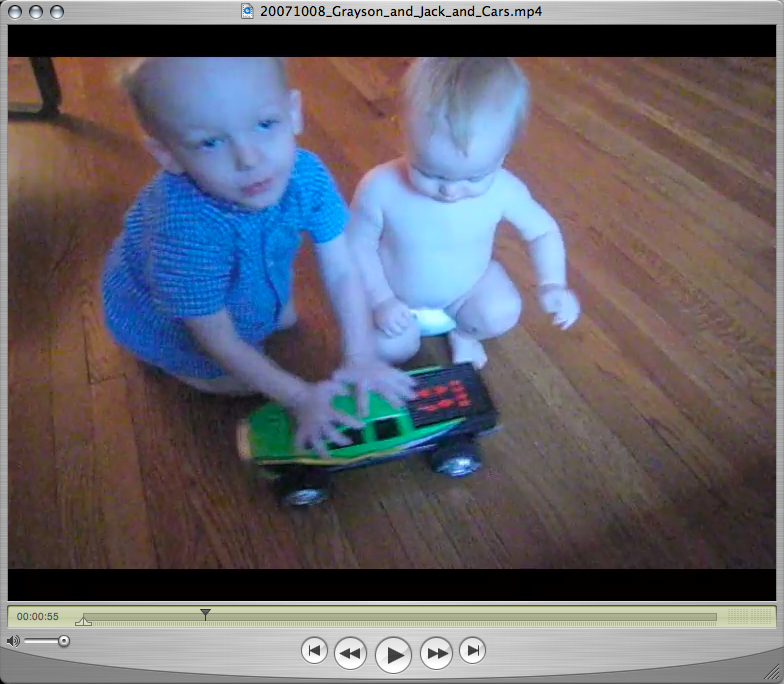 You may be wondering if we’re still taking photos of Jack or Grayson, since we haven’t posted any since July.

The short answer is: yes, we’re taking photos and movies. In fact, here’s a list of galleries I’ve posted, but haven’t linked to yet:

The long answer is: yes, we’re taking photos and movies, but because of all the stuff going on in our lives, we’re not taking time to look at them like we did three months ago, and finding time to actually post them online has proven difficult. Which is why I’m now posting this at 1:30 in the morning… had to find time to do it, and this is when I found it.

Grayson is a talker… boy is that kid a talker. Right now, he doesn’t say many words, but he sure does talk alot.

His first word was “Jack”, his big brother’s name. On September 29th, Jack and I were at an Aggie game in College Station all day… and Grayson and Christine were in Austin, at the house. Grayson kept crawling all over the house, looking for stuff to do, and Christine finally asked him “Are you looking for Jack?” Grayson replied, “Daaaat”.

So, Christine started walking around the house calling for Jack: “Ja-aaack!” and Grayson followed around behind her yelling “Da-aaaaat!”

Over and over again…

And when we got home from the game, which was right before Grayson’s bedtime, Grayson freaked out when we walked in the door… “Da-aaaat!”

It was pretty cool to know that Grayson loves his brother, missed him a lot, and knows how to call his name.

On September 11th, Christine took Jack and Grayson for a ride in the little red wagon while I was in California for work: 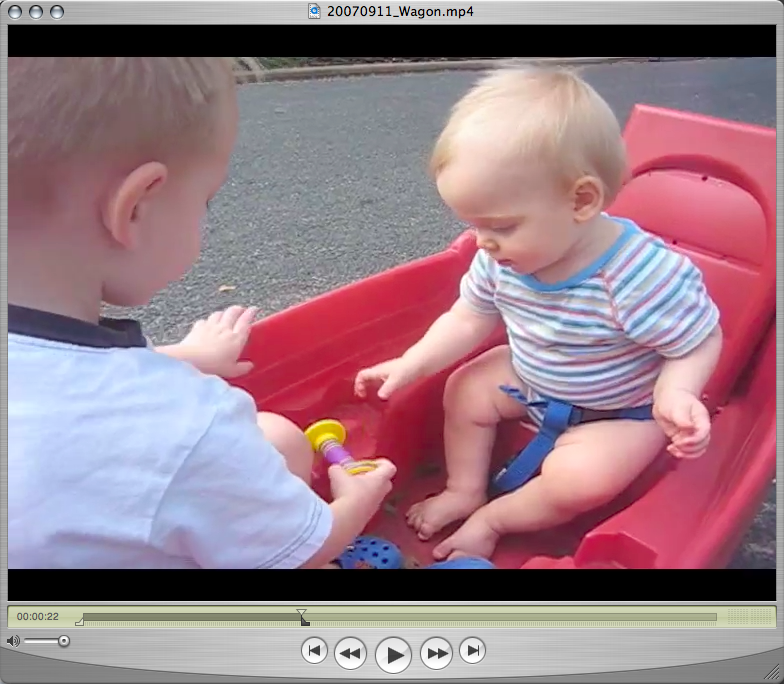 They are so much fun at this age. Jack loves his little brother, and Grayson is learning and copying everything Jack does.

In the video, you’ll see that Grayson is playing with his little duck toy, but instead of doing what he normally does with it, he’s putting it in the sides of the wagon like he just saw Jack do.

They’re growing up to fast.

On 9/1, Christine and Grayson were home alone while Jack and I were at an Aggie Football game, and Christine had the video camera: 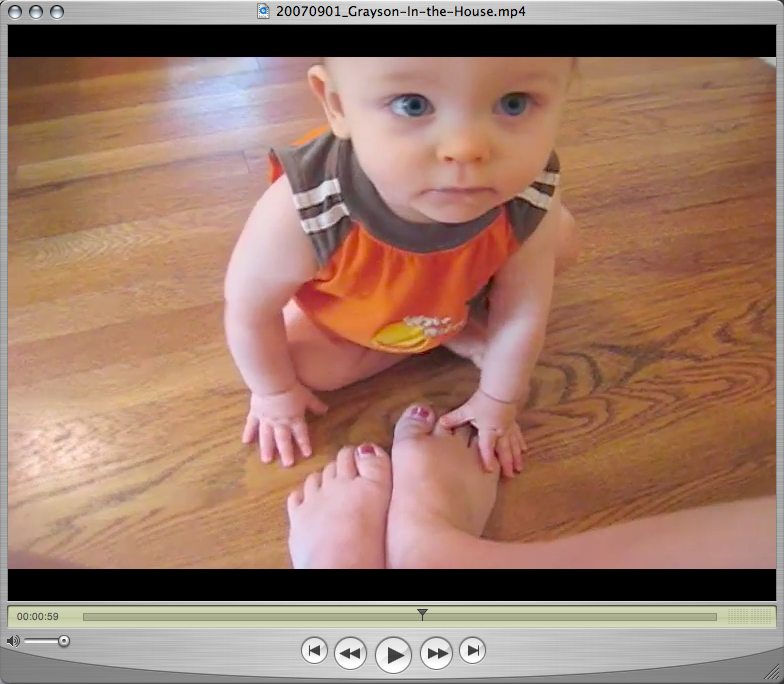 He’s so funny with that camera.